"They were assessing the next generation," said Richard Cizik, vice president for governmental affairs of the National Association of Evangelicals (NAE) and one of the participants. "The meeting was reflective of the generational changes that are happening, and everyone knew it."

The meeting, which was orchestrated by Pentecostal evangelist Benny Hinn, focused on two issues, though the two groups had differing priorities. Whereas the Americans wanted to discuss the lack of religious freedom in Muslim countries, the ambassadors wanted to know whether Christians could become more "balanced" in their support of Israel.

"One of the ambassadors mentioned that American Christians seemed always to favor Israel in all situations, even when Israel was wrong," wrote the Rev. Jonathan Falwell, son of the late Rev. Jerry Falwell and pastor of Thomas Road Baptist Church in Lynchburg, Va., in a column last week for WorldNetDaily.com that described the meeting as "historic."

"The Egyptian ambassador [Nabil Fahmy] began by graciously saying that we should not worry about diplomacy at this meeting," wrote Mr. Falwell, who attended along with Ron Godwin, executive vice president of Liberty University. "He went on to emphasize that we should have an open, honest conversation about what is necessary for bridges to be built between Islam and American Christians."

Ralph Reed, former executive director of the Christian Coalition, informed the ambassadors that evangelicals' support for Israel was "largely nonnegotiable" but that "we would also love to build far more positive relationships with Arab nations."

Joshua Youssef, son of Egyptian-born evangelist Michael Youssef, pastor of Church of the Apostles in Atlanta, said in an e-mail from London that as an Arab Christian, he has a "slightly different take" on Israel.

"I shared that the message of the church has become too politicized," he wrote. "While I differ slightly from my brothers on the issue of Israel, I do not believe that this is an issue which should divide us."

According to Mr. Cizik, the entire meeting was conducted in English and overseen by Mr. Hinn, 56, a native of Jaffa, Israel, who speaks Arabic.

"Benny put it together," he said. "He seemingly knew all the ambassadors; he went around the table and greeted everyone. It's not so much that it happened as who made it happen and who was there."

Mr. Hinn, a flamboyant minister known for his healing crusades, has survived accusations of heresy, fancy living and an investigation by a syndicated TV newsmagazine. He has conducted crusades in Jordan and Dubai, United Arab Emirates.

"A lot of theological boundaries were crossed," said Mr. Cizik, who was asked to organize a follow-up meeting. "Here was a leading Pentecostal minister with the [non-Pentecostal] son of Jerry Falwell." Mr. Reed, he said, "has been a partner with some pro-Israel groups. So it was a surprise to see him there too."

Mr. Reed's secretary in Atlanta confirmed he had attended the meeting but was unavailable for comment. Requests to Mr. Hinn's headquarters and to the Egyptian Embassy for a guest list evoked no response. 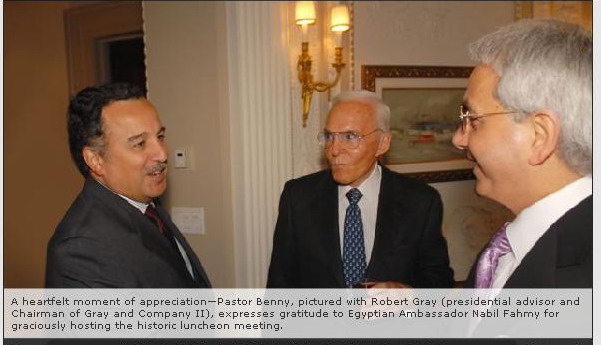 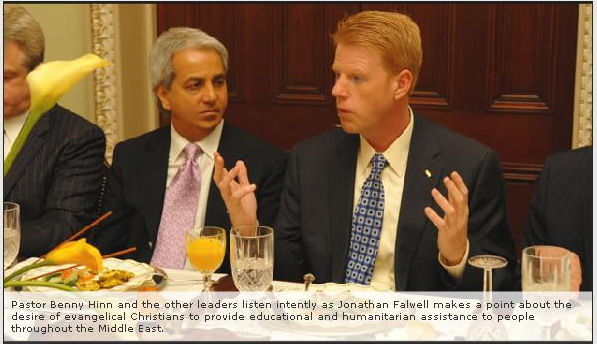 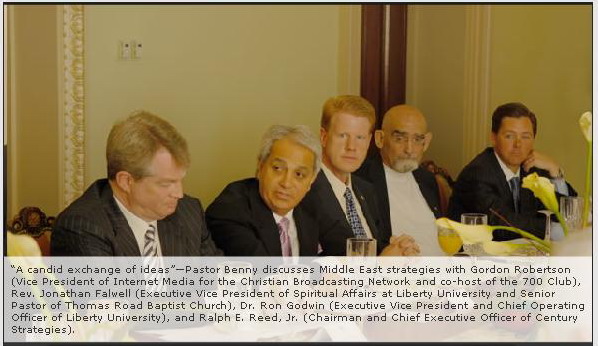 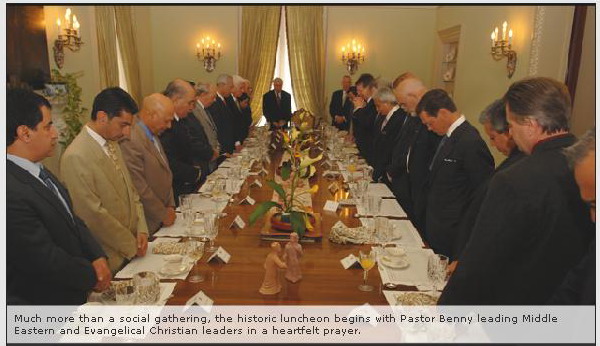 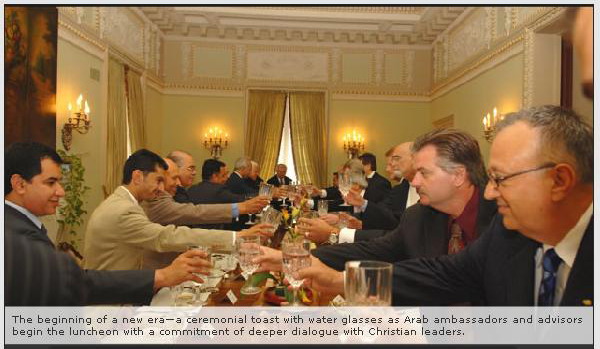 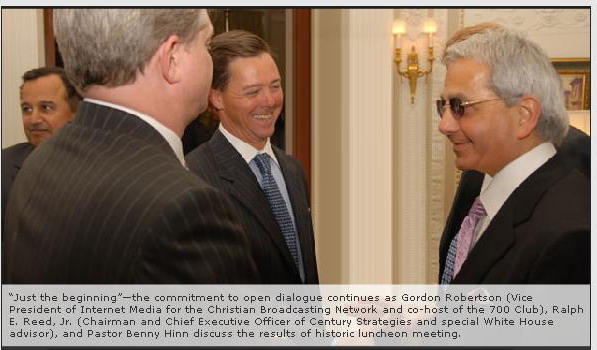 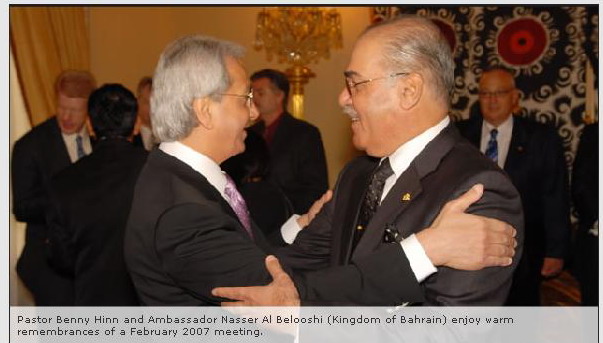 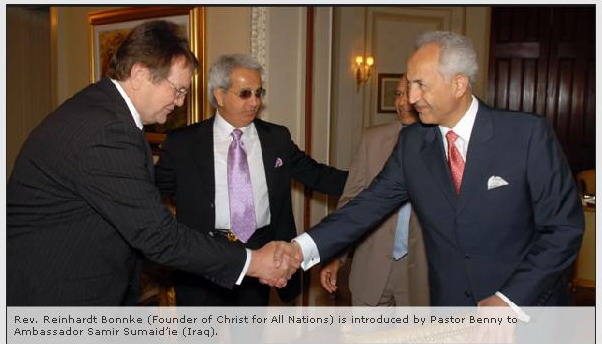 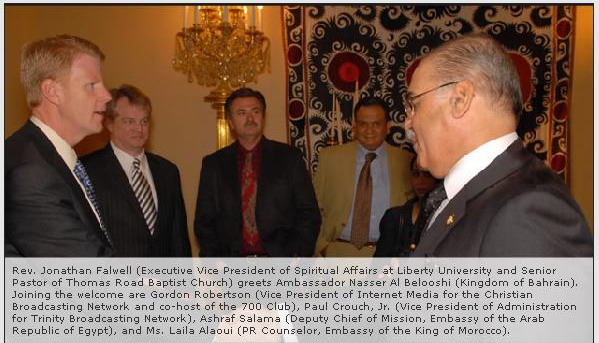 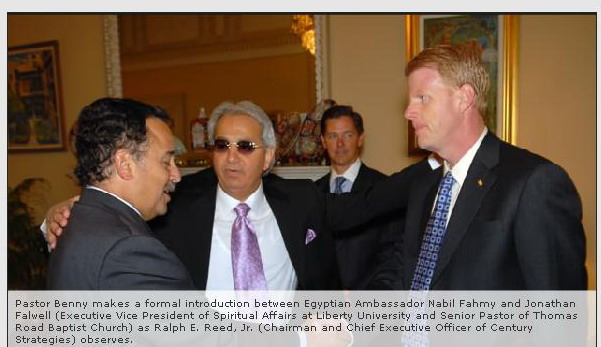 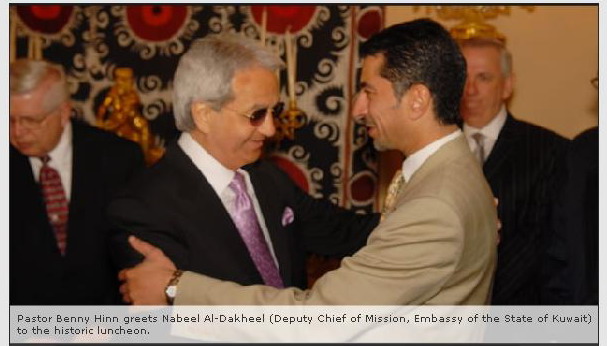 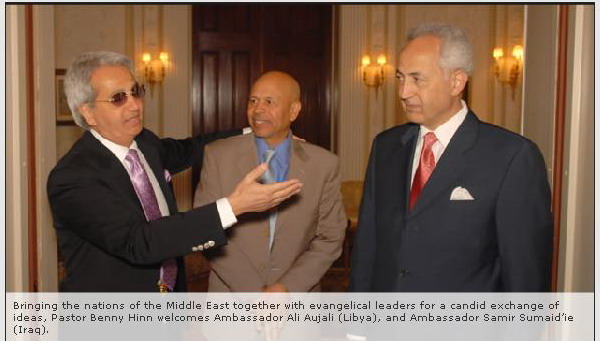 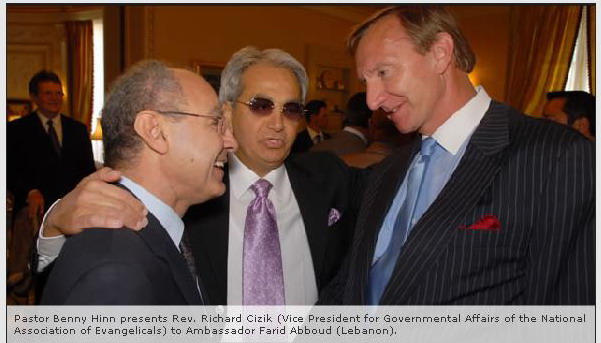 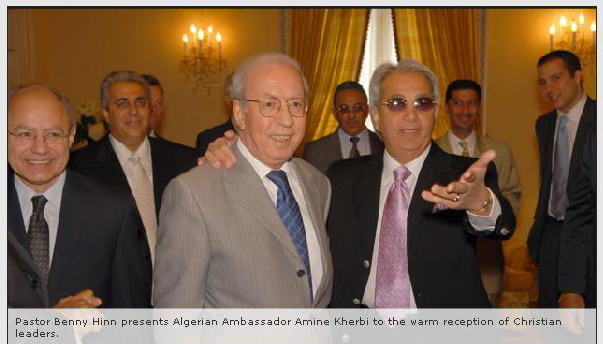 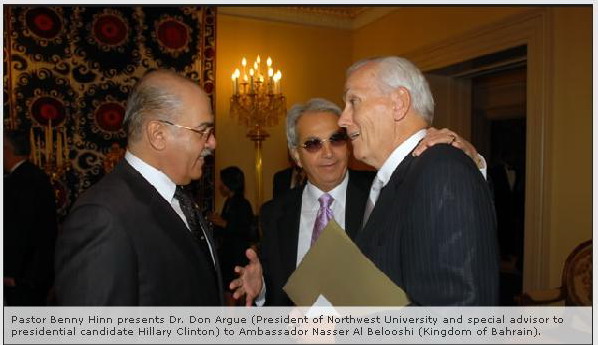 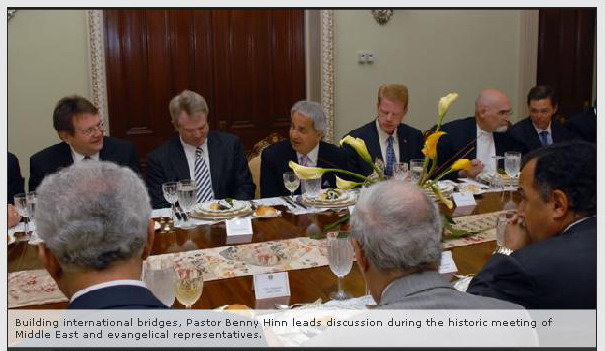 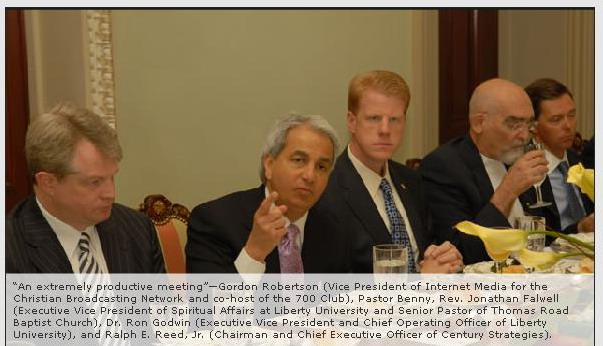