First of all, there is not the shadow of a doubt: Jordan wins the contest: its homepage has music and animation, the name of Benedict XVI is in large letters on revolving cubes (which are the links that go to the various sections). Plenty of information is given and even a short documentary on the Christian places in Jordan is free to download. There is even the slightly kitsch touch, which is 100% Arabic: if you join the mailing list, you can "win bottles of holy water and other prizes".

The site has not been casually set up: the place that Jordanian tourism wants to promote more than any other is "Bethany beyond the Jordan" where, according to an ancient tradition Jesus is believed to have been baptised. It is here that Benedict XVI - during his trip - will lay the first stone of two churches, one of the Latin rite and one of the Melkite rite, which King Abdallah (by family tradition a descendant of the Prophet Muhammad) has authorized to be built.

The site is therefore enough to understand how much Jordan is staking on this trip. Moreover, during his pilgrimage to the Holy Land in 1964, Paul VI only dedicated one day out of a three-day trip to Jordan; John Paul II in 2000 - although he had eight days - also stayed 24 hours in Amman and Mount Nebo. This time, however - on a trip which will again last eight days - Benedict XVI will stay for three full days in Jordan, and his visit will include some very important engagements, such as the visit to the Hussein Bin Talal Mosque.

The site on the Pope's visit by the Israeli Ministry of Tourism, on the other hand, is in perfect "sabra" (Israeli-born) style. Few frills and immediately to the point. One of the first things that catches your attention is the link to find the local travel agent who can help you organize your pilgrimage. It has to be said that a cross appears immediately on the homepage, whilst the Jordanians run riot with stained glass windows and arabesques, but (as chance would have it) it is hard to find a cross in the images.

Another fundamental difference is in the languages: the Israeli site is in seven languages and the Jordanian one in six, but whilst Arabic is one of these, there is nothing in Hebrew on the Israeli site. It has been produced for foreigners only and they don't think that it is worth telling Israeli citizens about the Christian places. Because they are already familiar with them? Anybody who has been to Israel knows that that is not at all the case.

One last observation that applies to both sites: if you were to consult only these sources, you would have the impression that the Pope is about to make two separate trips, one to Jordan and the other to Israel. On the respective web pages, the programmes are strictly limited to the days that Benedict XVI will spend within each country's borders. You can understand just how greatly politics are involved here too: there is only one Holy Land, although its places are partly in one country and partly in the other. This is why - in the end - you cannot make a journey in the footsteps of Jesus without facing the problem of the conflict which is the cause of bloodshed in this region.

Lastly, a final remark which is not about the Pope's trip but Christians in Israel: a few days ago, on the occasion of Easter and Passover falling at the same time, Haaretz published an article on Hebrew-speaking Catholics. The feature was written with sincere curiosity and included the words of Father David Neuhaus, chosen just a few weeks ago by Latin Patriarch Fouad Twal as the new vicar for the communities of Hebrew-speaking Catholics. A good omen for press reports on Benedict XVI's visit. 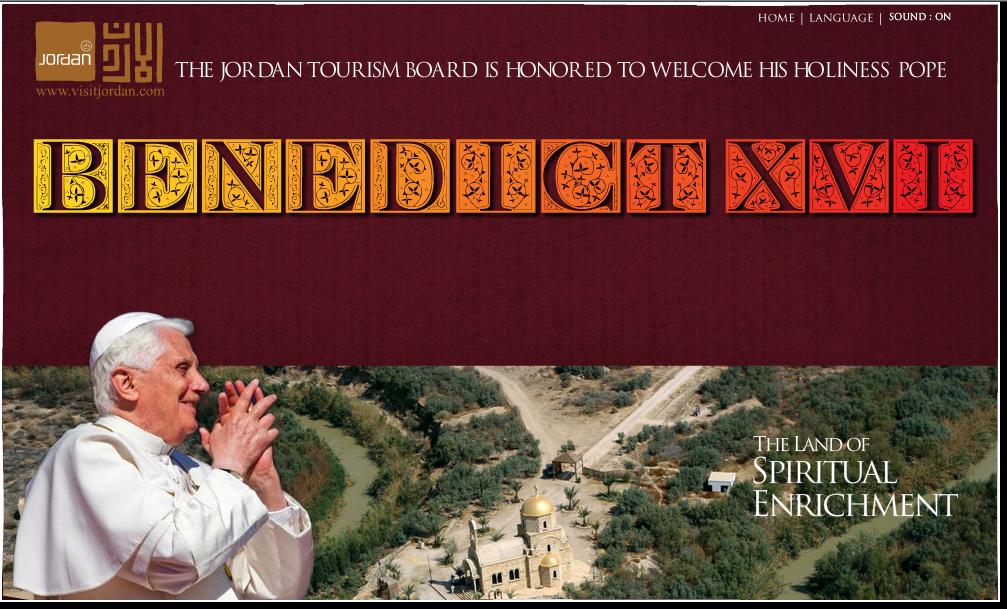 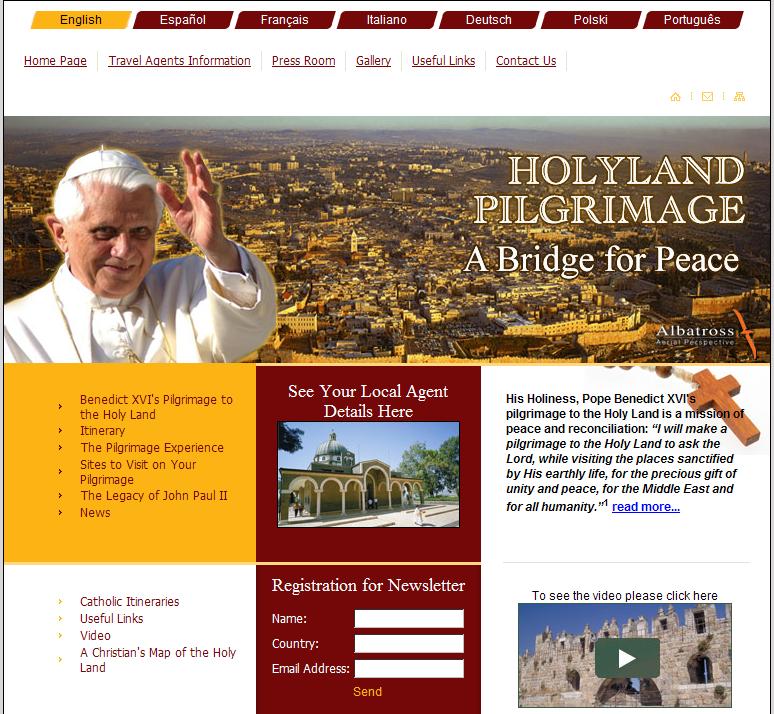