''Christian Presence in the Holy Land ''is a comprehensive, well documented book depicting the various features of Christian life in the Holy Land- past history, present circumstances and future prospects, Written by an authority in Christian affairs with a long record of over forty years of service as chairman of elected Orthodox communal councils in Israel, it is perhaps one of the few authentic records on the subject published by a native Palestinian Christian.

This 320 pages book brings to light the historic role of the early church of Jerusalem, often neglected and marginalized, in consolidating the Faith, Christian thought, the liturgy, the rituals and the creed as well as the theological differences within the Church. Also presented is the contribution of Christian scholars to the well-renowned Arab civilization and to the literary awakening at a later date, leading to the rise of the Arab secular nationalist movement. It also deals with a wide variety of contemporary issues related to Christians. Amongst these are : their rapidly deteriorating demographic balance, emigration of young Christian intellectuals, Christian denominational set up, Jerusalem as knell as tine importance and the significance of Christian witness in the Holy Land.

Reference is also made to the Arab Israeli conflict, the Nakba and its disastrous consequences, especially the forceful exodus of the Palestinian refugees, Christians included, from their homeland. The present situation in which the Christians are also involved- the road blocks, the dividing wall, (and confiscation and Israeli settlement programs in the West Bank, are fully analyzed and discussed. The stalemate in the peace process and the rise of strong religiously motivated Muslim and Jewish extreme movements, causing further apprehension among Christians, are examined and fully analyzed.

Aware of the deep concern in regard to the bleak future facing Holy Land Christians, the author suggests adopting a policy aimed at the preservation of Christian presence in the earthly home of our Savior uninterrupted for the past 2000 years. Based on a combined effect with the Universal Church, it calls for improving the economic, educational and social standards of the young generation of Christians, as indicated by the author.

Originally, the book was written in Arabic and translated to Russian for which a reward certificate was accorded The English version is intended, in the first place, to acquaint Western readers with the complexities of Christian life in the Holy Land and the difficult circumstances they are experiencing. It is forwarded by His eminence M. Sabbah, Latin Patriarch (emeritus) of Jerusalem, and recommended for reading by Metropolitan Philip , Primate of the Antiochean Orthodox Archdiocese of North America, Rev. Dr. N. Ateek, Director of Sabeel ecumenical Liberation Theology Center in Jerusalem and Dr. D. Tsimhoni, Professor of Modern Middle East History, The Technion University, Haifa. 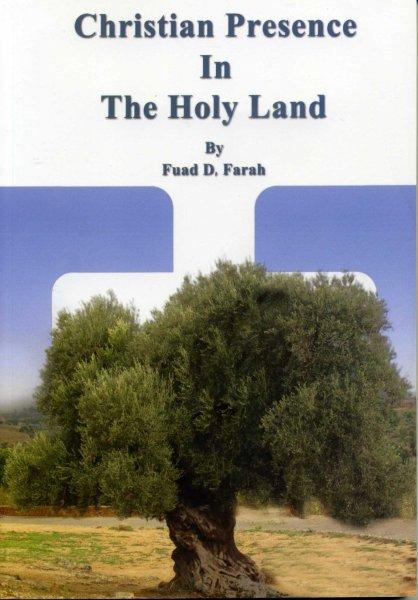 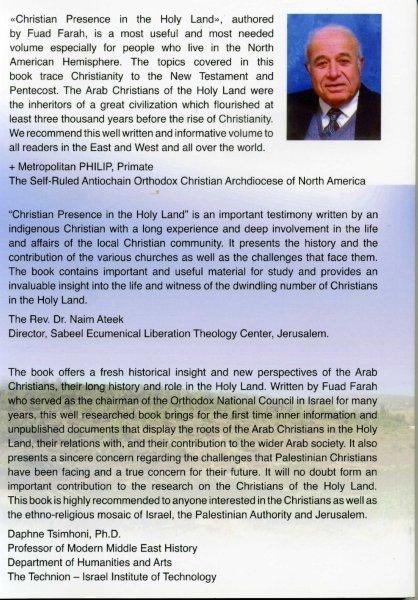