Even though I am not Jewish, many times I receive greetings for Jewish holidays. Being an Israeli citizen, you get quite a lot of these automatic e-mail greetings.

This year, only one person sent me a greeting for Passover, the infamous Israel lawmaker, Bezalel Smotrich. (I truly have no idea how I got on his mailing list.)
Earlier this month, Smotrich justified the hospital segregation of Jewish and Arab birth mothers by saying he "does not want his wife lying next to a woman whose baby will murder his child in another 20 years”. This subject was heatedly debated in Israel but quickly disappeared because of another controversial statement that was made against Arabs, this time from someone you would expect more from because of his position--the leader of the Israeli opposition, Bougie Herzog, who told some supporters that we "need to stop being perceived as Arab lovers".
This week, a demonstration in Tel-Aviv put more grease on the fire of hatred when banners reading "Death to Arabs" were displayed. Sadly, these hate statements from public figures create a fertile land for further discrimination against the Arab citizens in Israel.
In the midst of thinking about all of these statements, this week I received an email from a Messianic Jewish lawyer, who wrote: “I believe Israel has a calling to be a light to the nations. We are certainly doing so today in the realm of technology and medical advancements.”.
I have been involved in technology in Israel for many years. I have always admired entrepreneurs in this field, from Israel and from around the world, but with all due respect to others, in my opinion the real heroes in hi-tech are the founders like Bill Gates and Mark Zuckerburg that are donating 99% of their sizeable fortune to charity.
In Israel, my technological heroes are not the successful companies that made great “exits”. I am more impressed by the wonderful Jews who are contributing to the advancement of the hi-tech sector within the less advantaged Arab population in Nazareth and Kafr Kasem. As a gentile who lived and worked among Jews for many years, there were people that acted for me as a light along the way. Like the courageous Jewish woman who accepted me for a job, despite some hesitation in her company for hiring Arabs, or the Jewish man in Boston who offered me a place to stay for free when I was a young technology consultant. These are some of the heroes I've seen in my life, acting as a light to the world around them.
Thinking again about hospitals and maternity rooms, I would like to share my story. I was born in one of the large general hospitals in Jerusalem in 1968, the following is the greeting card that my mother Evelyn received from the hospital Rabbi.
May you live to see your children’s children—peace be on Israel (Psalms 128:6)
Children are a heritage from the Lord, offspring a reward from him (Psalms 127:3)
Dear Mrs. Evelyn Mansour,
I send you greetings for the birth of your son. May you live to raise him to love the Bible, to be in his wedding and that he may do well in life.
I am also presenting you with a gift. A book for instructions for good life. If you read it and live by it, you and your family household will be happy.
Blessings,
Rabbi Yaacov Rakovski, Hadassah Medical Center, Jerusalem
I am not sure that my mother kept the booklet, but surely she received the certificate and kept those verses from the Bible as a powerful influence in her life.
My mother’s story includes raising three children in the fear of the Lord. In 2003 (as a grandmother to 3), she was declared nearly dead, but the Lord gave her seven additional years during which time she had the pleasure of seeing four additional grandchildren added to her family, before she passed away in 2010.
That Jewish Rabbi in Hadassah hospital passed light to me, because he shared the Word of God from the Bible with me and my mother. He chose the love of God over the segregation of man.
In this time of Passover, I wish all Jews everywhere happy holidays, including Smotrich, Herzog and others. My belief as a Christian teaches me to be light to the world, and I have decided to light a candle instead of cursing the darkness.
Bader Mansour is the founder of the technology company NAZDAQ, based in Nazareth. He is also an executive with the Assoication of Baptist Churches in Israel 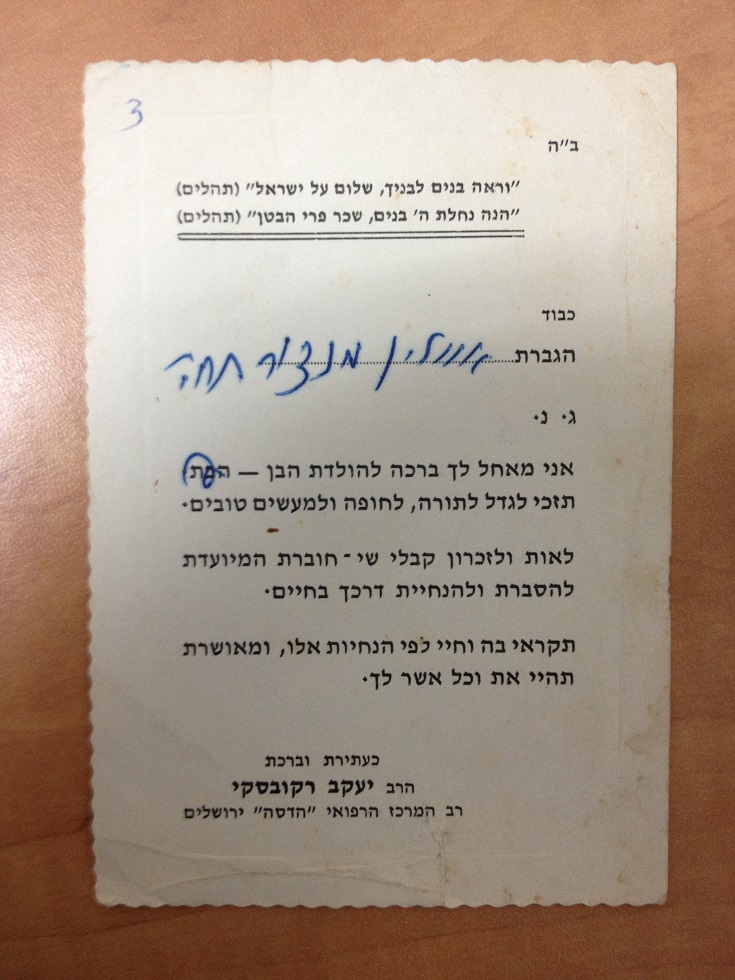