This magnificent Center building was established by the vibrant new Catholic movement "Neo Catechumenal Way", as the first Catholic international institute in Israel aiming at gathering Christians for a study and retreat but mainly to bring young seminarians (and scholars) from all the world to receive the "last touches" in their education to become priests in the Church. The main hope of the Center is to help their students to follow the old traditions of St. Justine and Saint Jerome in deepening their knowledge of the Scripture and they hope that they are to be assisted by the presence of the reputed institutions in scholars in Israel.

The initiative for building the center was blessed by Pope John-Paul II by telling the initiators of the project, headed by kiko Arguello, the founder of the movement, that "the Lord was waiting for you on this mountain".

The 12,000 square meters building was planned and financed by international efforts and funds but mainly by donations from the "brothers" of the movement. It was inaugurated a year ago and staffed by 150 brothers who teach and serve the guests.

Early in the week they invited the local Christians from many different parishes to celebrate Christmas with them and their Children. Fr. Reno Rossi , the Center administrator told "Come and See" that they are learning the needs and the options before moving to act with local population. He said many Jews from neighboring towns who pass by the Center seem to take interest in their activities too.

The following are some pictures taken at the "Wise Men" event on Sunday: 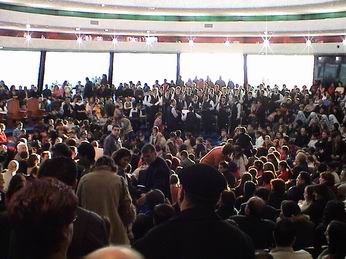 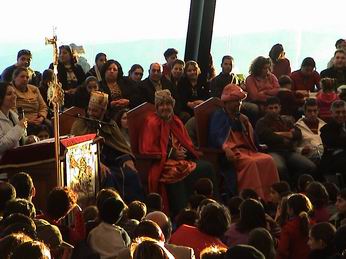 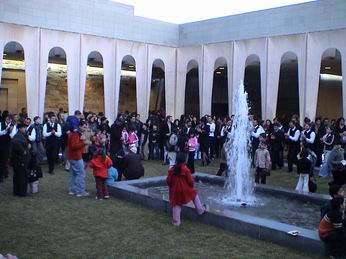 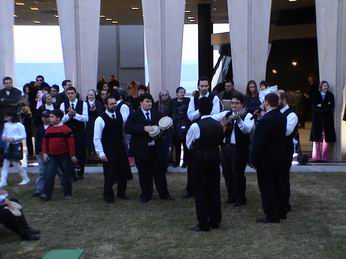 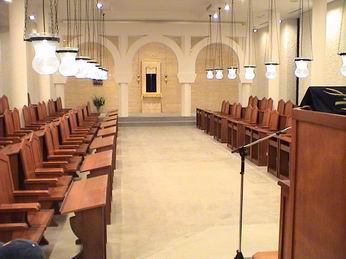