NAZARETH, Galilee [MennoJerusalem] ? ?This is one of the offspring of your sheep,? the Village farmer told the former First Lady of the United States. ?A few years ago after our flock had been stolen from the Village, your donation for replacements helped us get started again. We?ve recently added two new sets of twins, and two more singles,? he told her. Rosalynn Carter was delighted, having briefly forgotten about that earlier gift at a time of urgent need, when the intifada had reduced international visitors to a trickle. 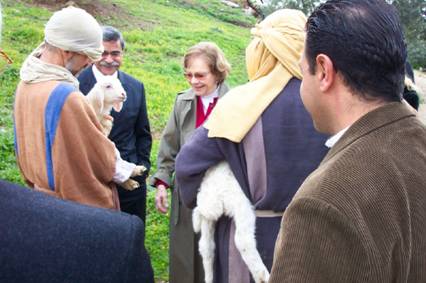 Accompanied by Nazareth Mayor Ramez Jaraisy and members of the Board of Directors, they walked along the pathway through the farm, climbing between the terraces of vineyards, and up to the only existing reconstructed first-century synagogue of Jesus? time. The group stops by one of the Village houses for a brief demonstration of domestic Jewish life under the Romans of that time. Hot herbal tea taken on stools around a low table, olives and cucumbers, hummus and zatar [thyme] to dip the hot flat bread just baked atop an outdoor fire near the well in the courtyard?the setting could have been typical of Mary and Joseph?s own home just 500 meters away in this ancient Galilean town, and now welcoming the gracious and charming American woman who with her husband continue as Honorary Trustees of Nazareth Village. 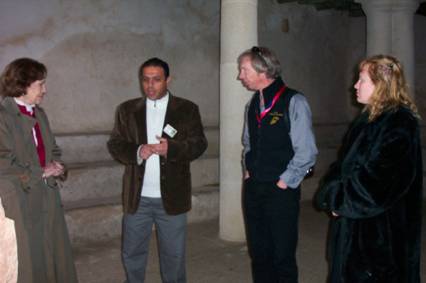 While her husband President Jimmy Carter was pressed with the supervisory follow up to the Palestinian election the day before, through the organizational work of the Carter Center, but the rest of the family members got up early for the two-hour ride from Jerusalem to Nazareth, then the rush back again in time for the all-important press briefing President Carter was to give before noon that day. ?I?m so glad I could be included in this visit,? Amy Carter commented to Village Director, Shirley Roth. ?It was really worthwhile to make the trip?even in the rain!?

?The Parable Walk was so meaningful for me,? summarized Mrs. Carter as they moved down the hill toward the exit. ?It makes the Scriptures come alive in a new way?Jimmy had told me how meaningful it was for him too when he was here last year.? 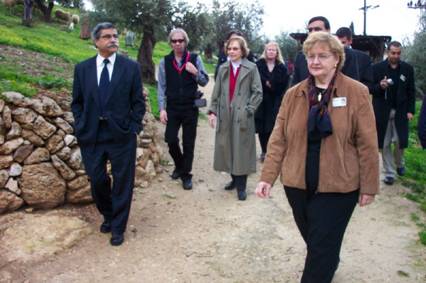 In the dark room that ends the tour, lit only by the flickering oil lamps copied from Jesus? time, the guide Amer reminded the VIP group about the whole mission of the Village. He held up the lamp to let the flame light her face. ?This light reminds us that Jesus is the Light of the World,? he told her. ?Since it is our Village logo, we want to give each of you a lamp as a reminder of the ministry of the Village, and to invite you to help us share this light with others.? 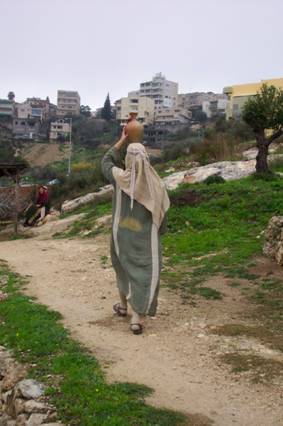 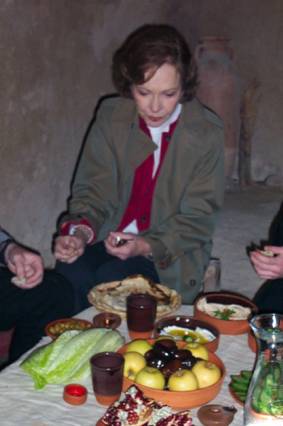 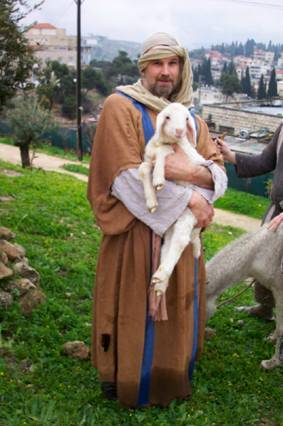 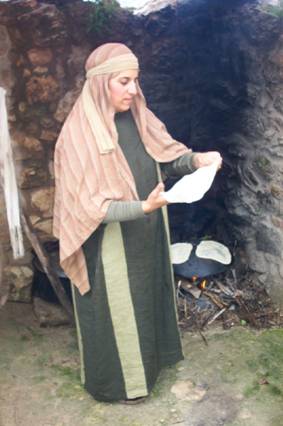 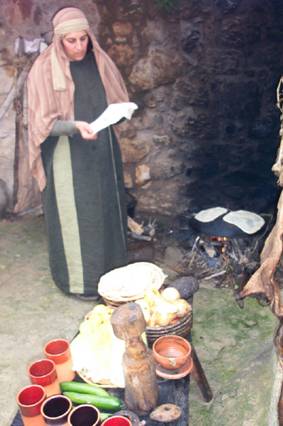