Christian Arabs in Israel have mixed loyalties therefore a cynical -seen it all- spectator pose is comfortable and adopted by many.

We imagined we will have the same attitude this time too when Israel and Hezbollah started fighting a week ago. Neither was our ?piece of cake?. We lacked total sympathy to either.

On the one hand, Israel, the spoiled boy of the region has been fiercely attacking Gaza and now it was provoked by Hezbollah, the Muslim fundamentalist Lebanese militia that killed Israeli soldiers near the border and kidnapped others. Israel was furious and reacted with raids from air, land and sea. Great destruction and hundreds of thousands of Lebanese became refugees. This over-reaction was disproportionate.

On the other hand this militia led by the charismatic leader Hasan Nasrallah (ironically his surname means ?the victory of God?) has allegiance to lunatic Iranian leaders and had no right to attack and kidnap Israeli soldiers when Israel had withdrawn back from Lebanon to the international border 6 years ago.

Hezbollah (meaning:? the party of God?) were reacting to the Israeli sophisticated attacks by bombarding simple handmade missiles on civilians in the northern parts of Israel.

People of Nazareth thought they were immune. First, it is an Arab town in the lower Galilee of Israel when two thirds of its 70 thousand or so residents are Muslim, and one third are Christian.Secondly it is a town located 30 Miles away from the Israeli-Lebanese border-a range that Hezbollah missiles have not been rocketed to in the past.

We got the first warning on Monday night at around 11:30 p.m .I was sitting in our salon in front of the TV and trying with the remote control device to catch the hard core news about the war from 4 different stations (2 Israeli and 2 Arab). Suddenly I heard a boom. In few minutes, my mom called. She never called in such hours when the kids are asleep. In few seconds the Israeli TV reported that missiles fell in Nazareth Elite (a mostly Jewish town to the East of Nazareth),and in Givat Ela (a small Jewish town to the Western side of Nazareth).My home is located approximately half way between both locations (8 miles distance from each) No casualties were reported.

It seemed that the Hezbollah fighters are accurate in where they rocket their missiles and they will not hit an Arab town, we naively reckoned.

These missiles to the neighboring settlements were not going to transform our apathy and cynical perspective of people caught in the middle of cross fire.

On Wednesday afternoon I was working in my office in front of my laptop in the basement of our home. Three missiles were rocketed to Nazareth. One landed on an empty Mazda garage in central Nazareth miraculously not causing deaths but just damage to the building and minor injuries of pedestrians. The second missile fell in a poor neighborhood to kill two 3 and 8 year Moslem brothers who were playing near their home.

The third fell about half a Mile from my home in open space .I heard the boom and rushed up to see my family. They were anxious. The TV was on high volume. Land as well as mobile phones were ringing and my young daughter of three was restless. Obviously she wondered what was happening and why she was deprived for a moment from the attention she was used to.

We hold a Bible study in the Baptist church on Wednesday evenings. Where we going to cancel it because of the shock and dismay in town?! No way. We decided we will convert the meeting to a prayer meeting. We had prayed the day before too for peace in the region.

Terrifying experiences like that of Missles coming down from the sky close to where you live has a tendency of making you raise ?purpose driven? questions: Did Jesus put us in His hometown randomly without purpose?

The answer is obvious. We had just neglected it. We have a calling as the remnant of Christians in the region to pray for the peoples of the land.

As followers of Christ, we have an obligation to become intercessors for the lost. We should also share with courage the prophetic message of the utter truth.

Leaders in the Middle East have proven to fail in bringing us into an era of peace. It is merely a modern history of ongoing violence with short phases of cease fires. The voice of the peacemaker urging reconciliation in the midst of enmity and hostility should be heard clearly.

It was less than a Mile away from where the missile hit the empty garage today in Nazareth that the prince of peace declared: ?Today this scripture is fulfilled in your hearing."

It was realized 2000 years ago that God sent his son to give hope. He was the anointed that could say:


"The Spirit of the Lord is on me,
because he has anointed me
to preach good news to the poor.
He has sent me to proclaim freedom for the prisoners
and recovery of sight for the blind,
to release the oppressed,
to proclaim the year of the Lord's favor."

Will His followers rise to the challenge of reflecting this message of compassion, love, care, justice and mercy to the nations in this troubled area?


Botrus Mansour, a native of Nazareth, is an advocate and the general director of the Nazareth Baptist School. 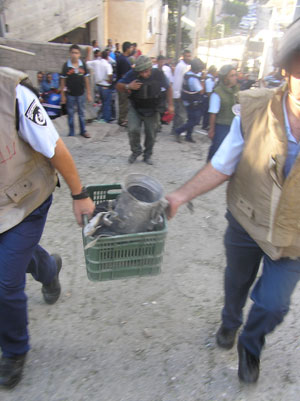 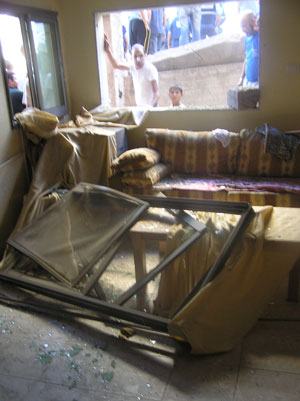 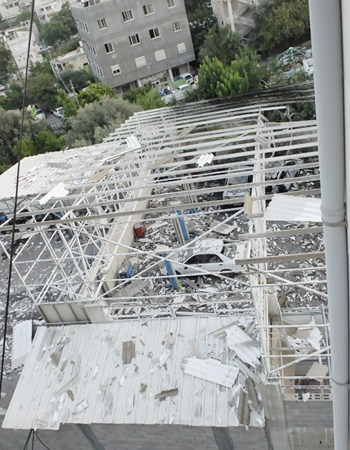 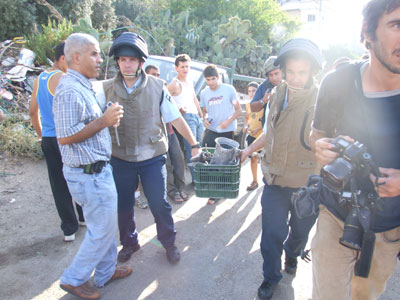 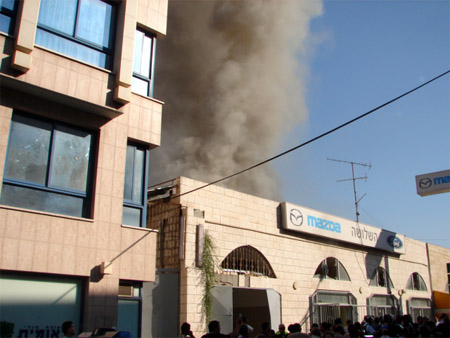