Meanwhile, Baptists around the world continue to solicit prayers seeking an end to the conflict and aid for relief and rebuilding work in the ransacked nation.

In an Aug. 8 e-mail update, two prominent Baptist leaders in Beirut thanked Baptists from around the world for their prayers and support in the nearly month-old crisis.

?We?d like to take this opportunity to express our heart-felt appreciation to all of you who continue to lift us in prayer and to those who send us beautiful encouraging emails,? said Elie Haddad of the Arab Baptist Theological Seminary and Nabil Costa of the Lebanese Society for Educational and Social Development.

?We?d like to thank as well friends and partners all over the world?who blessed us with the poor widow?s two copper coins. God bless you,? they wrote.

But the two leaders also lamented the continuing violence.

?Friends, we are optimistic as we hear of the on-going political negotiations but not as we see the effects of the bombings,? they wrote. ?As you may have heard in the news, there were three massacres yesterday in three different parts of the country. Each was caused by an air raid that brought a building on the heads of its occupants. Yet, the reason of our hope is him to whom we pray in anticipation.?

The seminary and nearby Beirut Baptist School have provided shelter and food to an estimated 1,000 people displaced by the conflict. Most of the refugees have come from hard-hit Shiite regions of Lebanon to the relative safety of the Christian parts of Beirut. International Baptist relief workers, including a medical team from Hungarian Baptist Aid and church groups from the United States, have provided other services to the refugees.

Costa and Haddad said the seminary has canceled the ?intensive? month-long courses it normally offers in September, but officials ?are planning, in faith, a regular start of the semester in October.?

They also said the seminary should be able to reopen for classes then, ?even if most of the displaced people are still with us.?

However, the situation at Beirut Baptist School ?is different,? Costa and Haddad wrote. ?What will happen to the displaced families there? Will we be able to open our doors for a new academic year before the displaced people go back to their homes? We don?t have all the answers, yet we live each day at a time trusting in the Lord, knowing that he is sovereign and in control.?

?Theologically and biblically, their unquestioning equation of the modern state of Israel with biblical Israel is the starting point of an erroneous reading of the Bible,? said Martin Accad, dean of the Beirut seminary, according to the American Baptist News Service. The conference took place in Green Lake, Wis.

Accad?s point was reinforced when televangelist Pat Robertson, traveling to Israel, told CNN that Christians should support Israel because the current conflict fits into biblical prophecy about the end of the world. ?We believe that God will fight for Israel,? he said.

Accad, who had been guest lecturing at a California seminary, was stranded in the United States after hostilities erupted July 12, essentially cutting Lebanon off from the rest of the world. Since then, he has written a series of guest editorials for the website of Christianity Today magazine challenging the pro-Israel stance of many American evangelicals.

?It?s very easy for North Americans who have not lived in a context of conflict to take very lightly the massacre of Palestinians for the sake of fulfillment of prophecy,? he continued. ?If we see Middle East events as leading towards the second coming of Christ, then we can justify the massacre of people, we can justify injustice being repeatedly done to whole peoples.?

International Baptists have continued to promise prayer and support for their Lebanese brothers and sisters in the midst of the ongoing conflict?and in the future rebuilding of the nation. In response to pleas from Lebanese Baptists, Baptist World Alliance General Secretary Denton Lotz wrote a letter expressing the group?s solidarity.

?We are in sorrow with you over this tragic war and attack upon Beirut and its infrastructures,? he said. ?With the psalmist we cry out, ?How long, O Lord? How long?? Please know that Baptists around the world are praying for you and the safety of the people of Lebanon.?

Regina Class, general secretary of the Baptist Union of Evangelical Free Churches of Germany, issued a similar statement of support. ?In this time of need, we want to support our brothers and sisters and the civil population in the whole region with our prayers and beseech God for wisdom for the political decision-makers.?

The European Baptist Federation, a BWA affiliate and umbrella group for 50 regional and national Baptist denominations in Europe and the Middle East, sent an ?emergency appeal? regarding the Lebanese situation to its participating organizations.

?The situation is changing daily, and for the sake of the lives of the people of Lebanon, we hope and pray for a cease-fire very soon. But what is clear is that much of Lebanon?s infrastructure has been destroyed and that there will be an urgent need for help with reconstructing and the rebuilding of lives when this terrible conflict is over,? the appeal said.

The leaders of several Baptist groups around the world?including the Cooperative Baptist Fellowship, the American Baptist Churches and the European Baptist Federation?have called for an immediate cease-fire in the conflict, mirroring calls by many in the international community. 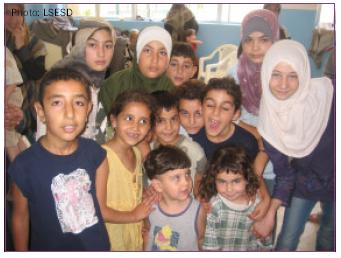 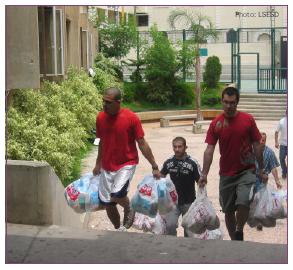 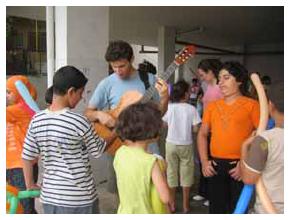 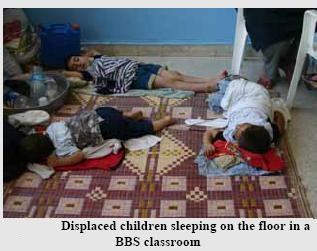