To welcome Professor Ciechanover in his first visit of this kind to an Arabic speaking school was the school administration, the Mayor of Nazareth, Ramez Jaraisy; the Head of the municipality’s Education Department, Mrs. Samia Basul; the Medical Director of the “Nazareth” (English) Hospital, Dr. Bishara Bisharat; the Medical Director of the French Hospital, Dr. Salim Nakhle; Mar Elias Educational Director, Dr. Rayed Moalem; Accountant Samir Abu Nassar; and Mr. Fuad Haddad, Chairman of the Board of the school.

The General Director of the school, Botrus Mansour, opened the day with a welcoming speech for the honored guest, and afterwards Principal Dr. Ousama Moalem presented to the guest the vision, plans and achievements of the school. These included a review of the especially high results achieved on the psychometrical and matriculation exams of the students of the school; the zero dropout rate; the Green after school program which provides extracurricular courses, sport and cultural activities for over 200 students of the school; programs for excellence in education in science and mathematics, and also student researches in Physics whom participated in the international contest “The First Step to the Nobel Prize in Physics”, in which 9 students of the school received prizes, etc.

After this, Professor Ciechanover and the other guests met with a group of students from the program for excellence in education from grades 4-8. The Mayor of Nazareth, Ramez Jaraisy, gave a speech to encourage the students to reach their full potentials and excel in any area that they choose according to their gifts and talents. Afterwards, Professor Ciechanover spoke about his life, the history of the Nobel Prize, and the nature of his research into the decomposition of proteins and its importance in developing a cure for cancer – which is what won him and his two colleagues the most prestigious prize in science in 2004. Several students put questions to Professor Ciechanover, among them his view on experimenting on animals, the secret of his success, his faith in God, his values, and so on – all of which he answered. After this, the Principal of the school presented him with a symbolic gift that would serve as a reminder from the city of Nazareth.

Professor Ciechanover also met with students from grade 12 and shared with them his experiences of studying at the Medical School at Hebrew University, and how he decided to turn to scientific research after he found his purpose in it. He explained to the students in understandable terms the system in the human body that he discovered with his colleagues. After this lecture, the students put questions to him about the different types of cancer that he based his discovery on, the importance that his medical studies had in reaching this discovery, and what his future plans are, etc.

At the end of the meeting, Professor Ciechanover shared with his listeners a touching story that happened to him after he won the Nobel Prize, when the Israeli Ambassador to Sweden held a special reception for him and his colleagues in Stockholm. The Ambassador invited to the reception a cancer victim who had been dying from the disease just a few weeks before, but thanks to the medicine that was developed as a result of the discovery of Professor Ciechanover and his colleagues, this man overcame the disease and recovered. The Professor added that by that he felt that the circle was completed: even though he had become a doctor but hadn’t treated any patients, yet through his discovery he supplied an effective drug to hundreds of thousands of sick people.

It is important to note that Professor Nabil Hannah, originally from Rama village in Galilee who is now living in the United States and is working as an internationally renowned researcher in the field of cancer, visited the Nazareth Baptist School as well a few months ago and also gave a lecture to the students of the school. 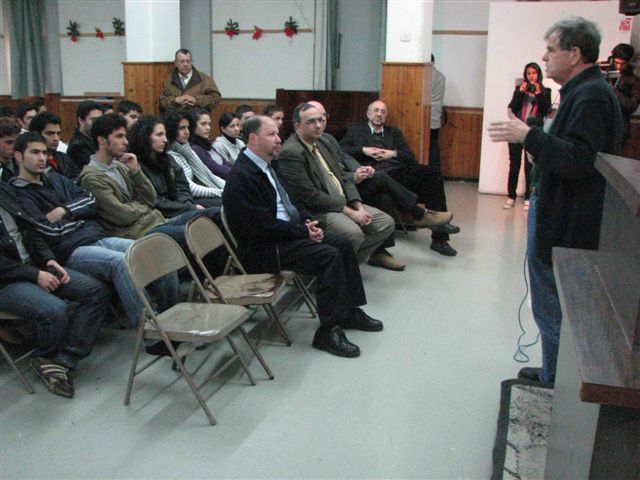 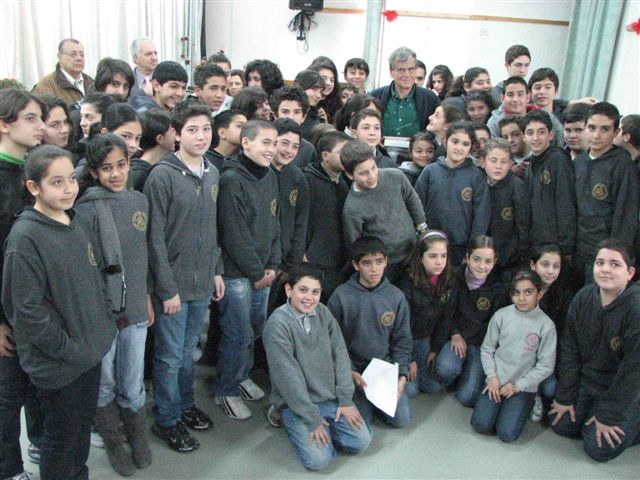 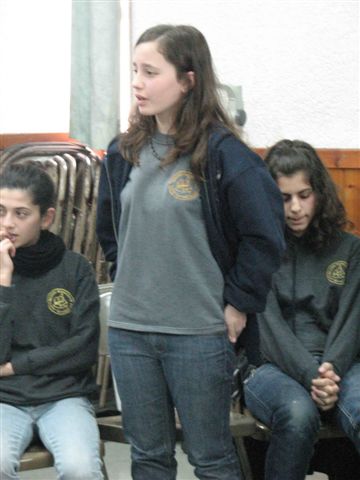 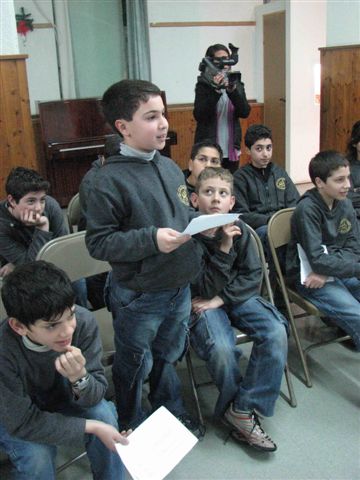 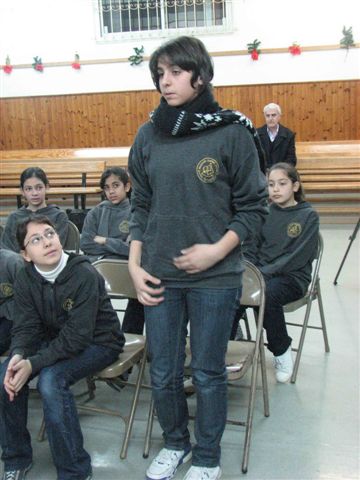 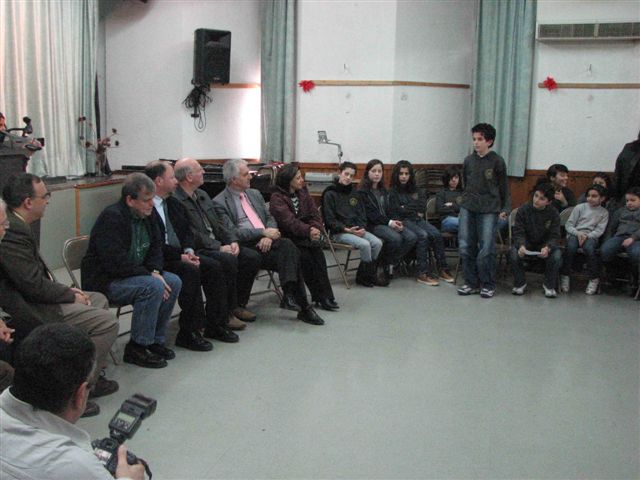 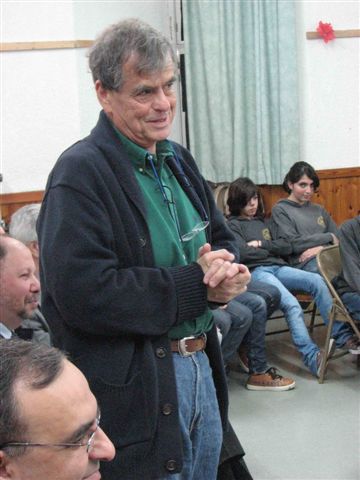 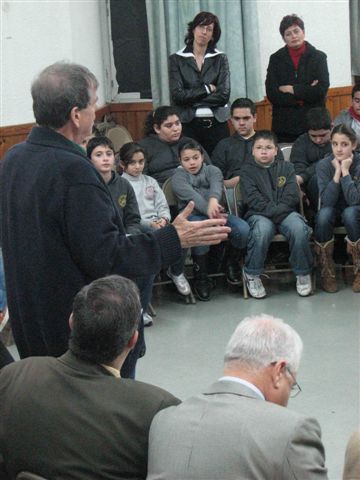 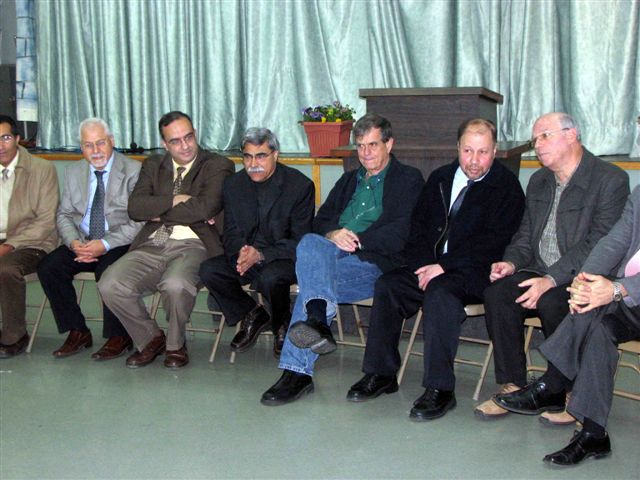 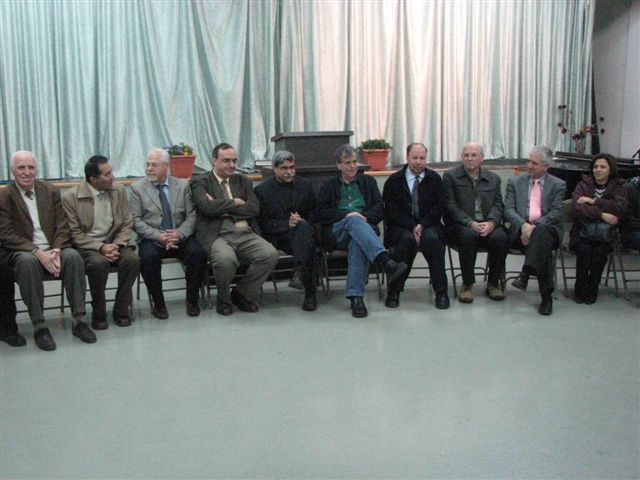 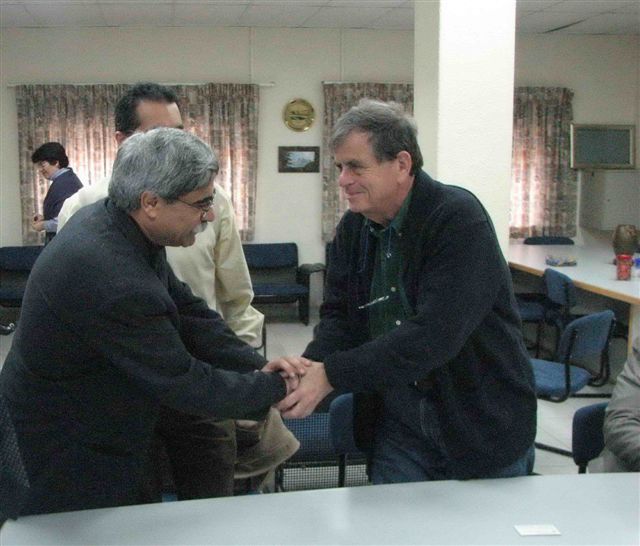 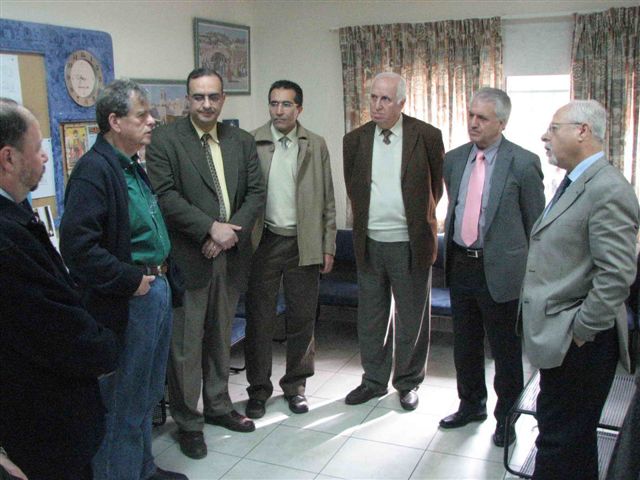 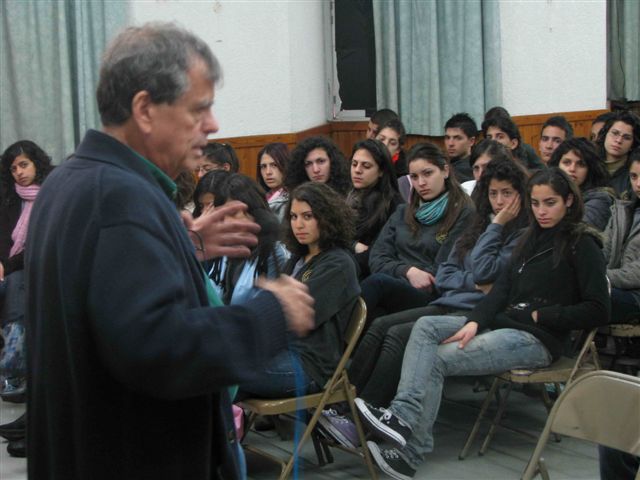 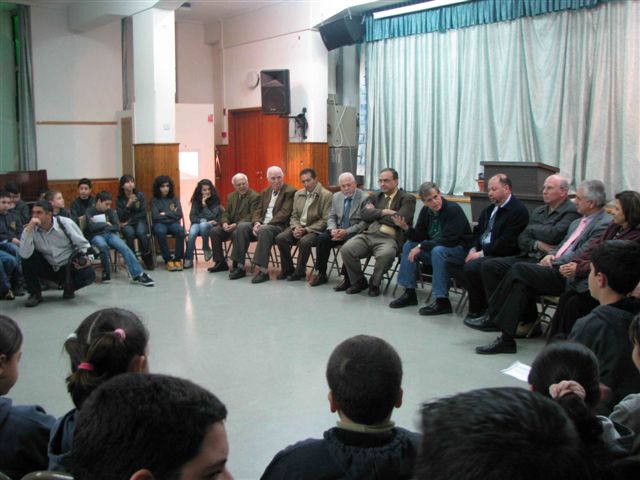