The Rev. Doug Kittredge, pastor of New Life in Christ Church in Spotsylvania County, where Awad preached last week, said it was remarkable that a 5-year-old knew the word "siege."

But to get to her hometown, she passes through a 24-foot wall topped with razor wire.

The walls block both sunlight and tourists, depressing residents both emotionally and financially.

Kittredge, the pastor of the evangelical Presbyterian church near Spotsylvania Towne Centre, has visited Israel numerous times and helped start a partnership there to help Christian churches in the Holy Land.

"It's an opportunity for us to get to know, to care for and to love pastors, their families and their congregations," Kittredge said.

The Jerusalem Gateway Partnership started about two years ago and encourages American churches to support congregations and seminaries in Israel.

"We mutually stimulate each other," Kittredge said. "It helps us to see that God is bigger than just Fredericksburg. God loves the world."

He has preached in Israel many times, and about once or twice a year Israeli pastors come to Kittredge's church.

Member Katherine Quann traveled to Israel in 1995 and has hosted many of the pastors in her Spotsylvania home over the years.

The experience has taught her not to take her American life--or faith--for granted.

In Israel, giving out Bibles to Christians, Quann met an 81-year-old man who'd never had his own book of Scriptures.

He told her he'd prayed his whole life for a Bible.

She thought of how easy it was to get one back in the States.

After Awad preached at both services Sunday at New Life, many members of the church came up to shake his hand and related a similar feeling--that hearing about hardships in the Holy Land increased their faith.


Awad told the members about the poverty and lack of hope in Bethlehem. He also spoke of persecution against Christians.

Awad is Arabic, but his family has been Christian for so many generations that he guesses his ancestors were the shepherds in the Nativity story.

He and his father both lead Baraka B Presbyterian Church in Shepherds Field, Bethlehem.

But most young Christians leave the country, Awad said.

"There is no hope for them," he said.

He hopes that projects like the Jerusalem Gateway Partnership will encourage Christians in Israel.

Emotional support and fellowship are the most important gifts American Christians can offer, Awad said.

Many times, Christians travel to visit the old stones that mark the places of Jesus' life.

But they don't stop and visit "the living stones" trying to follow Jesus' life, he said.

He hopes they will come away with a deeper understanding of life behind the tall wall.

To for information, visit www.jerusalemgateway.com

"I always say to be with God is glory, but to live in Bethlehem, that's another story," Awad said. 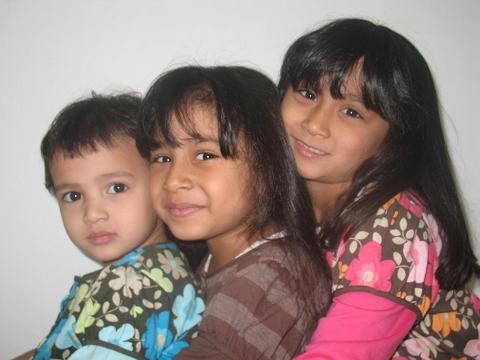