EMEU’s purpose is to break down those stereotypes through direct dialog and help to build relationships and understanding across different cultures. As Bakke put it, “It’s not an organization, it’s a conversation.”

Three aspects stood out for Tom Bower, an attendee from Iowa: exposition of biblical material as it relates the Middle East today, a clearer definition of the area’s political and economic issues, and “wonderful networking” between Church leaders from across the globe and across the denominational spectrum.

Speakers from Sudan, Egypt, Jordan, Israel, Palestine, Lebanon and Iraq shared on everything from the Israeli-Palestinian conflict, to America’s role in the Middle East, to a loving Christian response to Islam.

Dr. Nabeel Jabbour shared his concern that, after September 11th, some Christians would quit praying for and ministering to Muslims. “If that happens it will be the biggest setback in the history of missions,” he said. “Muslims are about 1.4 billion people in the world. It’s predicted that by the year 2020 they’ll become a quarter of humanity. If we consciously or unconsciously omit them from the Great Commission it will become no more the Great Commission; it will be the Great Omission.”

Jabbour walked attendees through the different belief systems in Islam, explaining that only a small percentage of Muslims are actually radical fundamentalists, but it is the activities of this faction that make the news.

John Sagherian, regional coordinator for Youth for Christ International, said that young Muslims as well as nominal Christians in the Middle East are asking the same question when presented with the biblical truth of salvation: “So what?” He said that they need more than textbook answers.

“I believe the answer lies in our changed lives and our changed values and our love for each other,” Sagherian said. “They need to see Christians living as Christians. And it would help if there were a revival in the West and the Christian West really became Christian.”

But the underlying frustration behind many of the messages given at the conference was over the apathy of westerners toward the Arab Church. Speakers said Christian Zionists have fixated on the renewal of the Israeli state, while ignoring severe abuse of the Palestinian people’s rights.

“Our message to the Jewish people (should be) that it is in the person of Jesus the Messiah that their hopes have been fulfilled, not in their return to the land and in the creation of the state of Israel,” said author and educator Rev. Colin Chapman. “When I see how Jesus has already fulfilled so many of the hopes and dreams of Israel (prophesied of) in the Old Testament, I can see how… the followers of Jesus today can… both hunger and thirst after righteousness, justice and be genuine peacemakers in the Israeli-Palestinian conflict.”

While this conflict is extremely complex, understanding the issues involved touches on a person’s biblical interpretation, theology, politics, interfaith relationships and method of sharing the Gospel. “What is at stake over this issue is nothing less than our understanding of God, our witness to the Gospel and the credibility of the Christian Church,” said Chapman. “The stakes are very high.”

Bakke told attendees about a conversation he had with a Jewish rabbi concerning the current existence of modern Israel. “Every people, to be a whole people, must somewhere in their history be stewards of power. We Jews have always been victims of power. The state of Israel is our first opportunity to be stewards of power,” said the rabbi. Then with a tear rolling down his cheek, he finished, saying, “If God is just, he will have to remove us one more time for what we have done to the Palestinians in this land. We are treating them the way the Nazis treated us.”

Antoine Haddad, vice president of Lebanon’s InterVarsity Fellowship, said that America has had a blind support for Israel, ignoring injustices the Palestinians have faced. He said that this “created seeds for instability in the Middle East region and led to wars and civil wars, dictatorships, poverty, oppressive regimes – all of which have been negatively reflected on the Christian presence in (the Middle East).”

And while the western Church’s response has been poor, Haddad says the Church in the midst of the conflict has also reacted incorrectly: “The response of Christians has been emigration, forsaking the cradle of Christianity and forsaking their roots.”

In Iraq, Archbishop Mar Avak Asadorian of the Armenian Orthodox Church in Baghdad., is seeing a similar exodus in persecuted Christians.

“If the present state of affairs continue in the region of the Middle East and Iraq, then the Eastern manifestation of the Christian Church – the churches that saw the birth of the Lord and worshiped him in his own tongue, giving millions of martyrs throughout 2,000 years – yes, these churches, are already at peril,” Asadorian said. “(This is) a matter not to be taken lightly, otherwise we are going to lose the Eastern manifestation of the Christian Church.”

Although troubles facing the Middle East Church are plentiful, the stories of faith and perseverance were equally abundant. “I had no idea that every time I’d sit down I’d be sitting down next to a person who had the most incredible story ever, and when I’d think I’d come to the most interesting story I’d meet somebody else that would surpass that,” said Cindi Steele, who works with Orthodox Jews in Arizona through Make A Difference Ministries. “I have enjoyed every moment of it.”

Steele attended the conference with her husband and says she is thinking of eventually bringing a club basketball team back to the Middle East to work among the Palestinian people.

Speakers asked Christians everywhere to work to understand the religions and politics of the Middle East in order to have a positive influence, to look for ways to partner or offer aid to the Middle Eastern church, and most of all, to pray for those who are hurting in the Middle East.

Lynne Hybels of Willow Creek Community Church just outside Chicago said that she knows there must be some action after this dialog. She compared the Sounds of Hope conference to her experience of going to Africa five years ago to learn about AIDS. She left Africa asking the question: “How have I ignored this situation? Why didn’t I ever let what I knew in my head travel down to the level of my heart?”

She continued, “And now I’m going home with that same question that I left Africa with: What’s happened this week is that I’ve seen the pain… I’ve heard the anger. I think Christians in the Church in the West have shown a lack of concern. By supporting global policies that have very much hurt the Middle East as a whole we have betrayed our Christian brothers and sisters here. What am I to do? That’s a prayer that I know God will answer, but not easily; but I go home with that prayer.”

The Jordan conference was the second Sounds of Hope event, the first being held at Wheaton College at the Billy Graham Center in Illinois in 2006. To find out more, the EMEU Web site can be accessed at http://www.emeu.net. 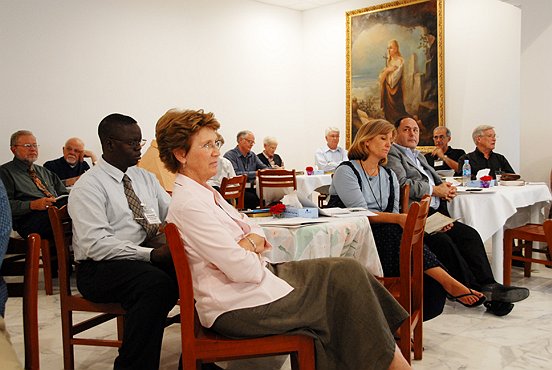 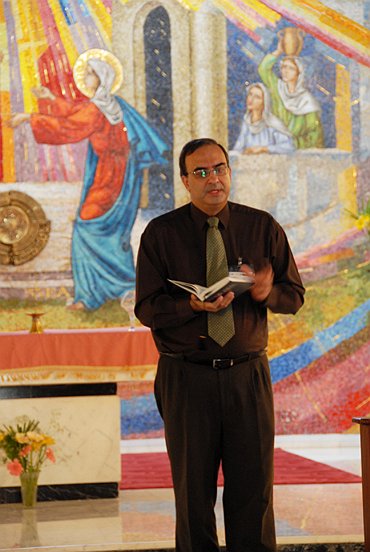 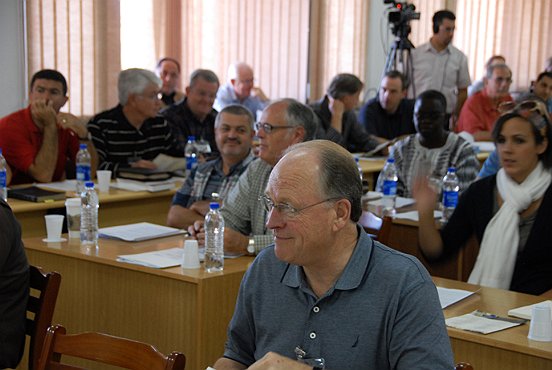 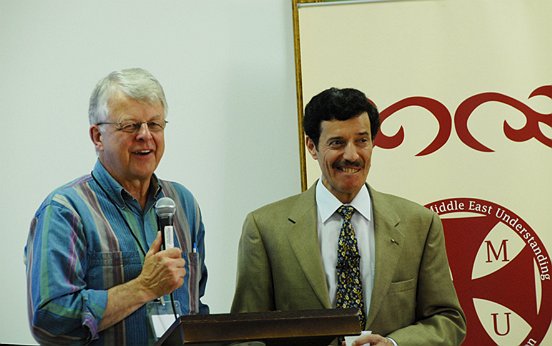 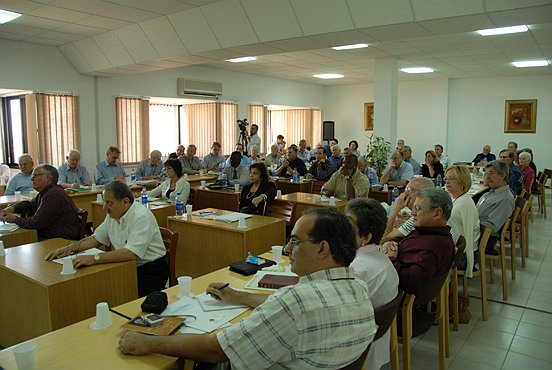 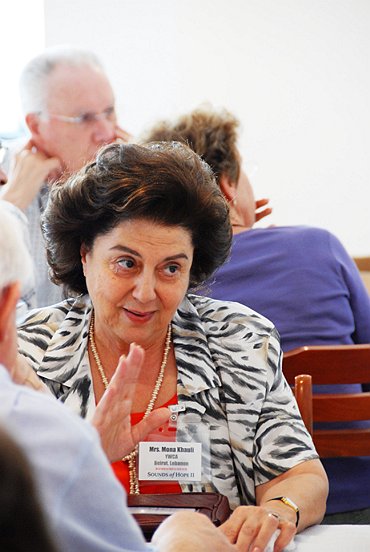